Here's a video that documents major players in the history of Hip-hop AND our own MALAS 600 class, led by Professor Roy Whitaker, learning the fine art of tagging! Gracias to Jordan Selvidge for posting the clip. Here's more on Roy Whitaker:


and more on the class!

MALAS 600 D Monday nights from 7 to 9:40pm
HIP HOP AESTHETICS: MUSIC, CULTURES, SPIRIT, MIND
...with the one and only ROY WHITAKER running the show... 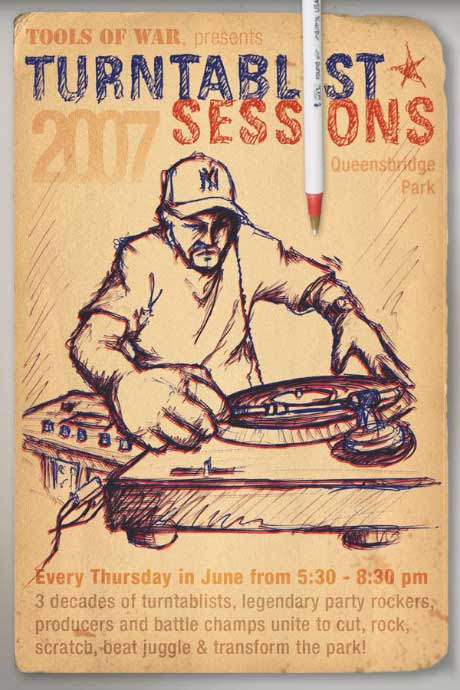 Hip-Hop is one of the most important and misunderstood cultural expressions of the past 40 years. For instance, this movement has been widely appropriated by urban and suburban youth; however, it’s been viewed as a pseudo-art form with little relevance for academic reflection. This course examines this core problem and many other criticisms leveled against Hip-Hop – e.g. use of the N-word, homophobia, misogyny, materialism, and hedonism. To be sure, Hip-Hop is a panoply of sorted issues that concerns critical thinkers in post-modernity like democracy, empire, capitalism, feminism, hegemony, and internationalism. Topics covered in this class will include: commercialization of Hip-Hop; Hip-Hop movies; Hip-Hop and women; rap, politics, and resistance; Hip-Hop Chicano/a; global dimensions of Hip-Hop; Hip-Hop as mediated narrative; Hip-Hop and graffiti; just to name a few.The course’s title – “Hip-Hop Aesthetics” – indicates the larger concern that frames the class discourse: the nature of artistic expression in an inhumane world. “Hip-Hop Aesthetics” pushes the boundary of what is considered “great works” and what is not. Furthermore, since Hip-Hop is a global phenomenon, this class utilizes and encourages a multidisciplinary approach to this subject matter – e.g. sociology, politics, economics, communications theory, American studies, musicology, cultural studies, and film studies.

warm thanks to SDSU ALUM and Mt. San Antonio College Professor Michael Wyatt Harper for bringing this stunning image of a the Stockholm Library of Tomorrow to my eyes.
Posted by William A. Nericcio on April 13, 2010 No comments: 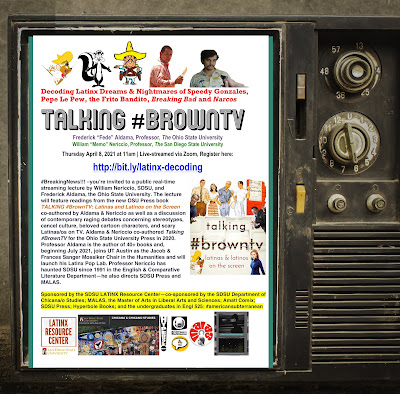