Just a quick link to a cool lecture at SDSU being hosted by our awesome colleages in Classics and Humanities! 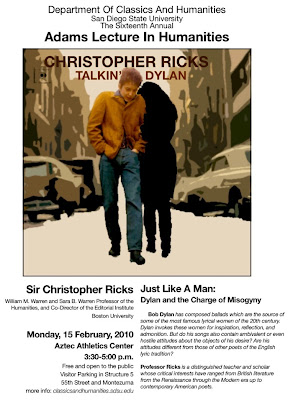 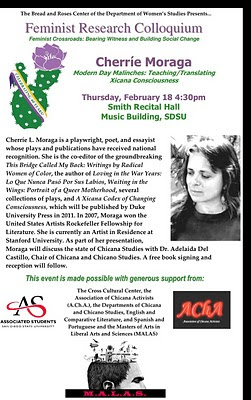 The Bread and Roses Center of the Department of Women‚s Studies Presents...

Cherríe L. Moraga is a playwright, poet, and essayist whose plays and publications have received national recognition. She is the co-editor of the groundbreaking This Bridge Called My Back: Writings by Radical Women of Color, the author of Loving in the War Years: Lo Que Nunca Pasó Por Sus Labios, Waiting in the Wings: Portrait of a Queer Motherhood, several collections of plays, and A Xicana Codex of Changing Consciousness, which will be published by Duke University Press in 2011. In 2007, Moraga won the United States Artists Rockefeller Fellowship for Literature. She is currently an Artist in Residence at Stanford University. As part of her presentation, Moraga will discuss the state of Chicana Studies with Dr. Adelaida Del Castillo, Chair of Chicana and Chicano Studies. A free book signing and reception will follow.

This event is made possible
with generous support from:

The Cross Cultural Center, the Association of Chicana Activists (A.Ch.A.), the Departments of Chicana and Chicano Studies, English and Comparative Literature, and Spanish and Portuguese and the Masters of Arts in Liberal Arts and Sciences (MALAS)
Posted by William A. Nericcio on February 03, 2010 No comments: 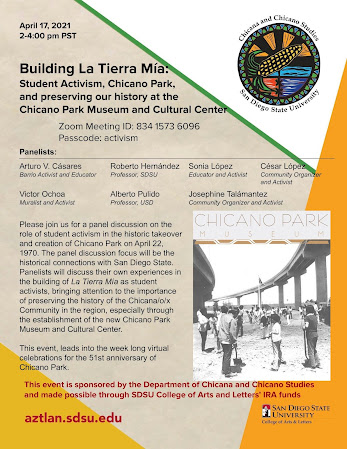